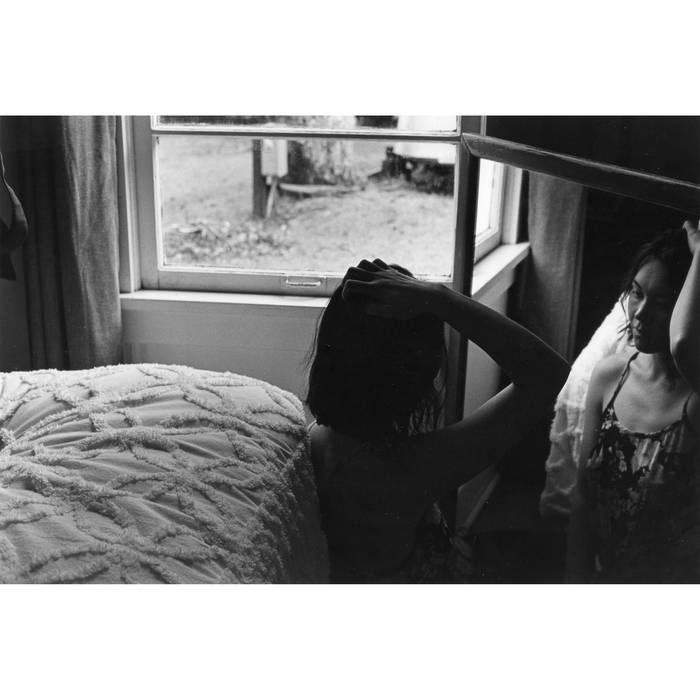 jbmcilhaney Feel you captured his rockside vibe (is that a thing, it is now) in this cover. Nicely done.

Elliott Smith's music has been a part of both Matthew's and my life for years-- our connection to Elliott's music was one of the first musical commonalities we found, and continues to be a touchstone. It felt as if his music was following me since I was a kid, or perhaps I was following it, unwittingly stumbling upon his old stomping grounds--drinking in the same bars, living in neighborhoods where Elliott used to record in the basements, old friendships, old teachers. I discovered his music before I learned about his connection to Portland, the city that I always knew would be my home, and within those pirated Limewire tracks (I'm sorry Slim, I didn't have an allowance) I found a singular solace in his music, at once so gentle and so visceral.

We chose to cover "Coming Up Roses," because of the tension of how it's almost a pop song, but the chords just fuck you up in a way that doesn't let that happen, turning inwards on themselves, and somehow, managing to resolve. Similarly, the lyrics oscillate between the sugary sweet hook and much darker, complex imagery. We wanted to honor the nuanced, yet straight-forward production of the self titled album--doubled vocals and rhythm guitars with no reverb and to the point guitar solos, but we wanted to do it in a louder way, with a bit of a nod to Heatmiser (we're both suckers for that version of Christian Brothers).

Recorded at Bocce in Vancouver, Wa on May 23rd 2020 with additional engineering at home in Portland, OR.

MAITA uses her songs -- bursting, overflowing with language and sharp turns of phrase -- as a forum for unvarnished expression."- KEXP

"Anxious heartbreak that rips somewhere between Mitski and Summer Cannibals."- Consequence of Sound

Bandcamp Daily  your guide to the world of Bandcamp

Serena Cherry debuts her black metal project, plus a Pick from the Crypt block from Svalbard